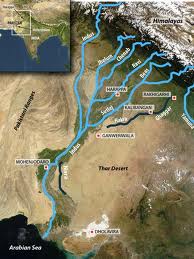 The faith of the All India Saraswat Cultural Organisation (AISCO) is that the Saraswat ethos is a major and a healthy component of the national ethos, and that its rejuvenation and consolidation are a vital and urgent patriotic tasks. The Saraswat ethos is not the image of a religious sect or caste, but the embodiments of historical tradition of leadership in the arts of war and peace, and of a distinctive and purposeful way of life emerging directly from ancient culture of Aryavarta. Despite the division of the community into geographical groups with a low level of mutual communication, the sense of common identity has survived, and the tradition of the front rank in all humanitarian and national activities is still clear enough to be noticed.

A lively awareness of that tradition, a cultivated ambition to maintain and improve it, a refinement of the Sarasawat way of life to set tone for other special groups in the country, constitute the central objective to which the AISCO is dedicated. And, relevant to that aim, are the areas of self-less service mapped out in the constitution, including the simulation of education, art and industry; strengthening and co-ordination of charitable and cultural institutions; research in Saraswat history and in the Vedic lore from which the Saraswat culture is derived.

The AISCO's aims and objects thus hold out an invitation to all Sarasawats with talent of any kind, and its institutional  structure offers an opportunity to Saraswats in every part of the country and in every walk of life to contribute moiety of their name and talent to the promotion of AISCO's aims. Any response to this invitation, however slight or casual, will be at once an act of national service and of self-fulfillment.

The All India Sarswat Foundation is a national trust. Its overall object is a rejuvenation of the national ethos with a renovation of India's ancient cultural inspirations and values. Specifically it aims to rouse the Indian intelligentsia to an active awareness of its natural obligations and special responsibilities to the nation and, through the nation, to humanity at large.

The All India Saraswat Foundation derives its name mainly from the fact that it is a creation of the All India Saraswat Cultural Organisation (AISCO). The parentage makes it convenient for the foundation to command resources from the people whom the AISCO represents, namely, the Saraswat community spread over most part of the country. The foundation's concern with the Saraswat community is not as with a religious caste, but with an identifiable segment of society with a comparatively keen awareness of a cultural heritage and of the obligations that go with all inheritance.

The Foundation which is registered with the Charity Commissioner of Mumbai under Registration Number E - 4856, dated April 19, 1972, expects to operate mainly amongst educated middle class as an intellectual co-operative. A formal certificate has also been obtained from the appropriate authority that all donations to the Foundation are tax-free* to the donors.
(Above overview has been created as excerpts taken from the booklet Dimensions of the Foundation, copy of which is available at the office of AISCO, Mumbai.)

Any Resident or Non Resident Indian who accepts the constitution of AISCO can enroll as a member of AISCO in one of the categories :-