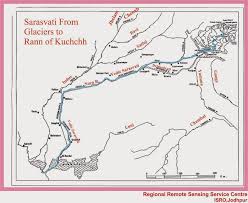 In December 1999 an unprecedented event took place in the beautiful coastal city of Mangalore - the first ever Vishwa Saraswat Sammelan '99, which brought together for the first time Saraswats of all backgrounds... and on a scale never witnessed before. The event highlighted to the world, the distinct Saraswat identity - something as of yet unknown to many. According to the Puranas, the Saraswats derive their lineage from their founding father, the great sage Saraswat Muni who lived on the banks of the lost river Saraswati in North India six thousand years ago.

Inheritors of ancient Vedic practices, the Saraswat have for centuries persistently preserved their traditions; facilitated largely by the community temples and maths which have proved to be the medium for social interaction. However the ravages of time have slowly eroded their common cultural identity which is so precious to their preservation. Vishwa Saraswat Sammelan '99 which took place from 16th to 19th December 1999 at Mangala Stadium Grounds in Mangalore was conceived to address this need for a cultural integration of Saraswat identity.

To bring together for the first time, Saraswats of all denominations spread the world over for inter blend, better understanding and mutual appreciation.

CONFERENCES where between 9.00 AM and 5.00 PM everyday papers were presented, lectures delivered, discussions held and resolutions debated over by eminent scholars and renowned experts on a wide variety of topics and issues concerning Saraswats.

SARASWAT DARSHAN an exhibition of uniqueness and rich variety of the Saraswat culture in terms of literature, costumes, cuisine, architecture, instruments, artifacts, rare objects and exhibits, Hall of Fame etc.

CULTURAL PRESENTATIONS, where every evening after 6.00 PM the world was offered a glimpse of the fascinating variety of Saraswat arts ranging from folk arts to theater to music to cultural programmes of every kind.

MAAN SAMMAN, where individuals and institutions that have put in meritorious service for preservation and propagation of Saraswat language, literature and culture were honoured by eminent people specially invited for the purpose.

COMPETITIONS and contests were held for enthusiastic Saraswat men, women and children from all backgrounds to display their talents in various fields.

An INTERNATIONAL TRADE FAIR was held that included display stalls for companies and organisations and sales counters for artifacts, goods and novelties.

GENERAL AMUSEMENT with recreational games and joyrides to lend a lively ambience and help create a festive mood.